This browser is not actively supported anymore. For the best passle experience, we strongly recommend you upgrade your browser.

All Posts
February 15, 2017 | 2 minutes read
Reposted by from Passle Insights

What makes a Passle post successful? 4 insights into our data

Earlier this year I mined the top 50 most read posts across the Passle network for information. I’ve decided to delve into our data once more to get a more up-to date picture on what makes particular posts created using Passle successful. I’ve looked at the top 50 most read posts from the start of January 2016 to 30th November. A couple of these were also in the previous list, which shows the longevity of content that stays relevant!

In February, the average top 50 posts had titles that were 7.52 words long. Titles have evidently lengthened as the average has now grown to 8.1!

The shortest is still the 3 words long Beware Referral Key, and the longest, at a whopping 23 words long, is The Daily Mail's latest insult: a Supreme Court Justice who is "a feminist" and was instrumental in the crafting of the Children Act 1989.

As with last year, I’d argue that what makes these titles successful is their specificity, whether short or long. The authors are clear about the content contained, which increases the likelihood of the right person clicking on it.

Posts created from scratch vs bookmarklet

Back in February, 66% of the posts were created using the bookmarklet. Out of these, 5 made the top 10 most viewed posts.

The number has dropped a little, but posts created using the bookmarklet are still in the majority (57%).

Twitter has a reputation for being a network where plenty of sharing but little clicking occurs – this data suggests that there is still value in distributing your content on this network.

To create a Passle post that’s going to drive the right views, you should therefore:

For more tips to distribute your content, check out the video below!

p.s. I use a Chrome extension to check wordcounts, you might find it useful.

Maximize your Content's Reach: 5 things to do after you hit ‘publish'

Tweets on this subject

Maximize your content's reach: 5 things to do after you hit 'publish' [Video] https://t.co/2vCkSeNqrk via @passle #contentmarketing pic.twitter.com/pKgcnp2Q4P

Don't waste all your hard work -maximize your content's reach: 5 things to do after you hit 'publish' by @ctrevien https://t.co/XTIkEwKJp4

Found this useful: Maximize your content's reach: 5 things to do after you hit 'publish' (via Passle) by @ctrevien https://t.co/3NQtXhKcHa 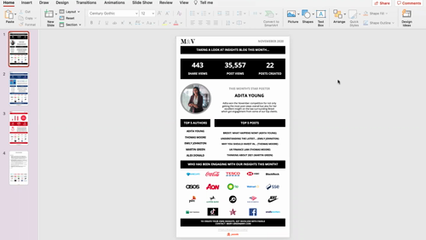 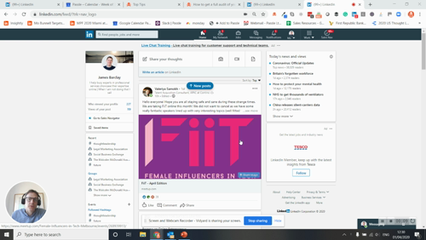 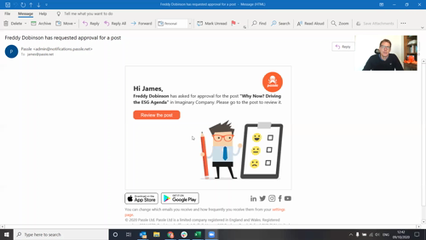 Subscribe to the Passle B2B Marketing newsletter, full of useful tips and advice on content marketing, blogging and social media for your business.

Give us a call